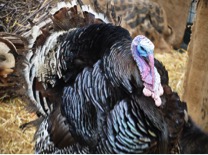 On October 3 1863, in the mist of the Civil War, President Lincoln issued a proclamation setting aside the last Thursday in November as a national day of thanks. However, the true credit for Thanksgiving may be the result of the children’s poem “Mary Had a Little Lamb” by Sarah Josepha Hale.

Being born and raised in New Hampshire, Sarah had experienced a local annual Thanksgiving celebration. In 1827, she published a novel, “Northwood: a Tale of New England” in which she devoted an entire chapter to the Thanksgiving tradition that was already popular in many parts of the country. In 1830, that poem helped Sarah launch the American Ladies Magazine to help promote women’s issues.

Sarah was so passionate about Thanksgiving that she lobbied state and federal lawmakers to designate the last Thursday of November as a national day of thanks. By 1854, more than 30 states and US territories were celebrating Thanksgiving, but Sarah’s goal of making it a national holiday was still just a dream.

Shortly after the Union victory in Gettysburg and Lincoln’s famous speech, Sarah wrote both the President and Secretary of State Seward and urged them to make the holiday a permanent American tradition to help heal the wounds of the nation.

Perhaps we should honor this great American (who spent three decades lobbying to create this day of thanks) by having lamb rather than turkey on Thanksgiving!  Without her successful poem, and long-term dream, we might all be going to work on Thursday and eating boloney sandwiches for lunch!

We are very thankful for our many Disney Way followers, and we wish you all a very happy, healthy and safe Thanksgiving!

NEXT WEEK: How to Fully Engage Your Customers

"You know those books you read again and again? Well, I'm addicted to the book "The Disney Way". I was a fan of it for so long and then the author said he wanted to feature my cosmetics startup TYRA Beauty in this latest edition!

It's such a fun book and you'll learn a lot! Let me know how much you like it - I can't put it down!"